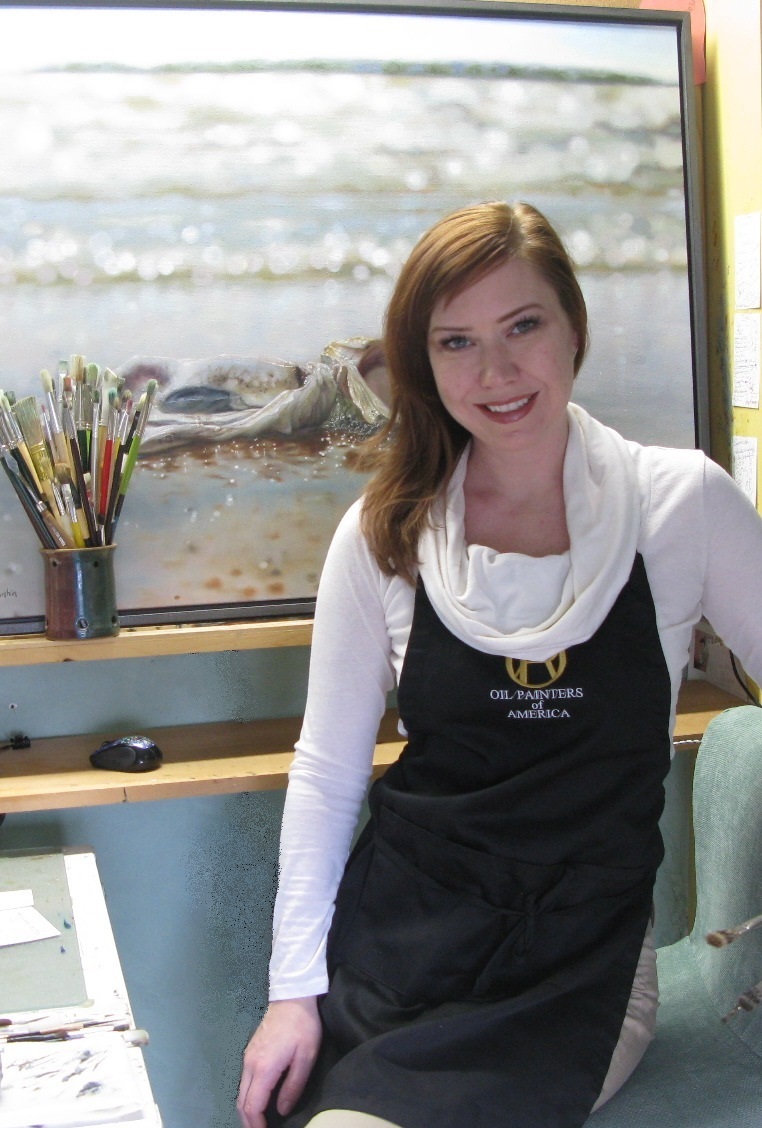 SaraJane Doberstein was born in 1976 in Hamilton, Ontario, Canada, and grew up in Owen Sound, Ontario on beautiful Georgian Bay. Her interest in the arts began at an early age, when she developed a passion for capturing the American coastline during family trips along the east coast. Since 2000, after attending Emily Carr Institute of Art and Design and Fanshawe College, she has devoted herself to the life of a professional artist. SaraJane visits the United States as often as possible, finding inspiration in the beauty of its coastal areas for her vivid paintings of seashells, shore birds, and crabs.

SaraJane's painting style ranges from traditional representational to contemporary realism, and her work reflects a fascination with the natural world and its transformations. Whether her subject is a glossy cluster of cherries, the chipped paint of an antique, or the colorful jumble of seashells on a beach, her paintings capture the larger-than-life essence of everyday objects and scenes. Her playful, whimsical approach to her subjects is balanced by a technical mastery of paint, which combines to create detailed, thoughtful, and energetic compositions.

Over the past decade, Sara Jane has participated in numerous juried and group exhibitions as well as 8 solo shows.  Her work has been displayed in some of the top art galleries across the United States and is in collections across North America and Europe, including the permanent collection of the Arnot Art Museum in Elmira, NY.